Human knowledge is constantly evolving and changing, yet most of us believe scientific theories to be fact rather than working understandings of a topic. But they are theories, and our understanding of ‘what is’ continues to change. These are always difficult times, because long-held beliefs enforced by scientific dogma are, for many people, difficult to adjust or relinquish. Anger and disbelief are common reactions, no matter how thoroughly an old theory is disproven. Just think back to when we discovered the Earth was round, not flat, or that Earth was not the center of the universe — the Catholic Church went so far as to persecute and even put to death scientists and ‘free-thinkers’ who opposed them.

Fast forward to today and, fortunately, much has changed. Although several industries that we rely upon are plagued by corruption, fraud, and disinformation, some would argue that it’s not as bad as it used to be, as evinced by the scientific study of concepts once deemed to be spiritual ‘nonsense’ by the community, like meditation, or non-material science.

Over the past few years alone, a wealth of scientific data has outlined the many benefits meditation can have on our biology, furthering strengthening the scientific validity of the mind-body connection.

They also released a study showing that meditation can have a significant impact on clinical symptoms of gastrointestinal disorders, irritable bowel syndrome (IBS), and inflammatory bowel disease (IBD). The study showed that elicitation of the relaxation response (a physical state of deep rest that changes the physical and emotional responses to stress) improves symptoms in all these disorders. It was also recently discovered that meditation creates a distinct network of anti-aging genes and improves cellular health.

This time, new research from the UCLA School of Medicine’s Department of Neurology has shown that long-term meditators have younger brains, with higher concentrations of tissue in the brain regions most depleted by aging. The study found that meditation can protect against the decline we normally see occurring through old age and keep our brains young.

According to the study, “On average, the brains of long-term meditators were 7.5 years younger at age 50 than the brains of non-meditators, and an additional 1 month and 22 days younger for every year after 50.”

Pretty remarkable, isn’t it? Some showed a brain that is a full decade younger.

The study used brain imaging data from a previous study that had examined the impact of meditation on cortical thickness. To compare the brains of meditators aged 50 and over to the ones of non-meditating controls, they went through the data. Both groups included 22 women and 28 men with an average age of 51.4 years. Meditators had close to 20 years of meditation experience on average, though experienced ranged from 4 to 46 years.

A press release by the university explains further:

It is important to note that this study relied on estimates of brain change based on age and not actual values. Although these findings are consistent with prior research that detected significant differences in brain structure among meditators compared to non-meditating controls, results of the present study are inferential, and do not answer questions regarding how many years of meditation are necessary to attain this effect, or whether structural brain change directly corresponds to cognitive, behavioral, or psychosocial functioning.

The authors conclude by hypothesizing several different explanations for the results they observed. Firstly, meditation could be stimulating growth in neural structures and promote increased connectivity and efficiency within neural networks. Secondly, it “buffers the brain and nervous system against the deleterious effects of chronic stress, which may reduce pro-inflammatory response, stimulate telomerase activity, and inhibit age-related brain change”

This is precisely why these practices are being introduced into the workplace and at school.

These current findings can now be added to a long and growing list suggesting that meditation (along with other mindfulness-based practices) does wonders for our biology, and is another great example of how, sometimes, we don’t need scientists to validate something that is clearly already known. This isn’t the first time ancient wisdom has been validated by modern science, and it certainly won’t be the last.

A common misconception about meditation is that you have to sit a certain way or do something in particular to achieve the various benefits that it can provide. All you have to do is place yourself in a position that is most comfortable to you. It could be sitting cross-legged on the floor, relaxing in a chair, or lying down in a bed — it’s your choice.

Another common misconception about meditation is that you have to “try” to empty your mind. One important factor I enjoyed reading from the study mentioned above is that participants were engaged in “non-judgmental awareness of sensations, feelings and state of mind.” When meditating, you shouldn’t try to “empty” your mind. Instead, try to let your thoughts, feelings, and whatever emotions you are experiencing at the time flow. Don’t judge them and don’t attach to them; just let them come and go and recognize that they are transitory.

I also believe that meditation is a state of being/mind more than anything else. One does not have to sit down for half an hour and “meditate,” so to speak, in order to reap the benefits of it, or to be engaged in the practice itself. One can be engaged in meditation while walking, for example, or while preparing for sleep. Throughout the day, one can resist judging their thoughts, letting them flow until they are no more, or just be in a constant state of peace and self awareness. Contrary to popular belief, there is more than one way to meditate.

That being said, partaking in the style of meditation that involves actively sitting down, breathing, and concentrating on quieting your mind or on a specific intent can be particularly helpful. The following article can help you with that: “How To Meditate: 6 Methods That Can Get Anyone Meditating.“

This article (Study Shows The Difference Between The Brains of People Who Meditate VS. People Who Don’t) was originally published on Collective Evolution and syndicated by The Event Chronicle. 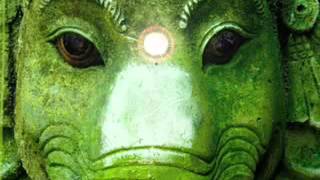 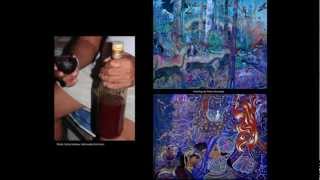 32 Ways to Stimulate the Vagus Nerve

The Truth Will Set You Free, But First It Will Piss You Off

The power of the subconscious mind